You might not know it, but Wormly has many keyboard shortcuts available: (Hit ? to see them on any page within the app)

Those of you who prefer to avoid the mouse or trackpad have probably already discovered these.  Today, however, we’ve shipped a major update to the keyboard UI, notably around the search facility.

Previously you could hit “j, j” to bring up a simple jump-to-host list.  Whilst that shortcut still works, we’ve switched to “/” as the trigger because the forward slash has become the standard way to invoke site-searches around the web.

And our search facility now also searches your Sensors and Alert Contacts: 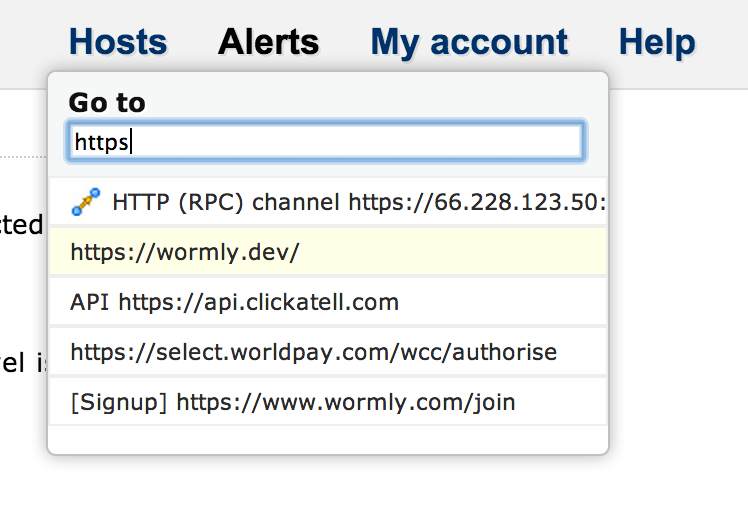 We’ve also added some extra hotkeys which allow you to jump directly to a hosts’ Graphs and Uptime Reports. When you’ve selected the host of interest – either with an exact search term or the arrow keys – you can hit TAB, g to jump straight to that hosts’ Graphs, or TAB, u, for its Uptime Reports: 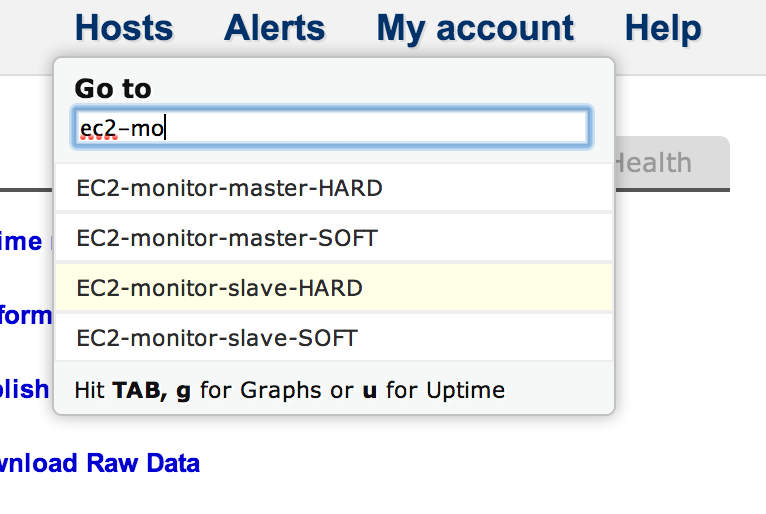 Note that all of these hotkeys and behaviours are also found in the search box on the My Hosts page. No need to hit slash there; since the search box has focus on load. Happy searching, power users!

A couple more shortcuts we added